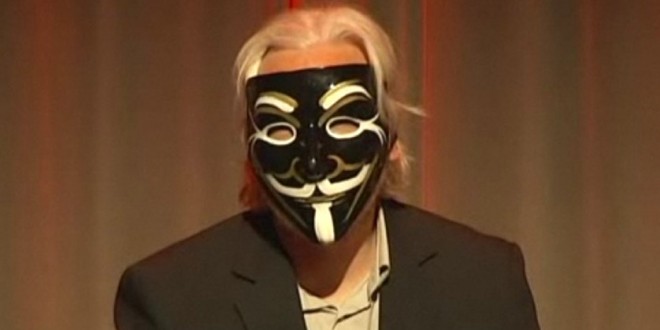 This morning numerous major sites were inaccessible across the northeast of the United States after unknown hackers launched a denial of service attack on a major DNS host. The initial attack was “mitigated” in about two hours but another wave launched early this afternoon is presently also affecting accessibility on much of the west cost. Politico reports that your earlier suspicions might be correct:

Digital assailants affiliated with the hacking collective Anonymous appeared to take credit for at least a portion of the ongoing siege, indicating that it was retaliation for the Ecuadorian government’s decision to cut off internet access for WikiLeaks founder Julian Assange over his site’s ongoing leaks of alleged internal documents from Hillary Clinton’s presidential campaign.

The digital assault affected internet users along the East Coast, and caused hundreds of sites to be inaccessible both early in the morning, and then again around midday. White House press secretary Josh Earnest told reporters Friday afternoon that the Department of Homeland Security was “monitoring this situation” and would “take a close look at it.”

“We’re aware and are investigating all potential causes,” a DHS spokeswoman told POLITICO. Reuters reported that the Obama administration is looking at whether the outages are a criminal act.

Speaking on CNN, Rep. Adam Schiff (D-Calif.), the top Democrat on the House Intelligence Committee, claimed, “We still don’t know who was responsible,” explaining that he had spoken with the administration within the last hour about the attack.

At this writing Twitter, Disqus, and many other sites are again unreachable for me.

Previous Cher & James Corden – I Got You Bae [VIDEO]
Next INSIDER: I Told Christie About Bridgegate Plot