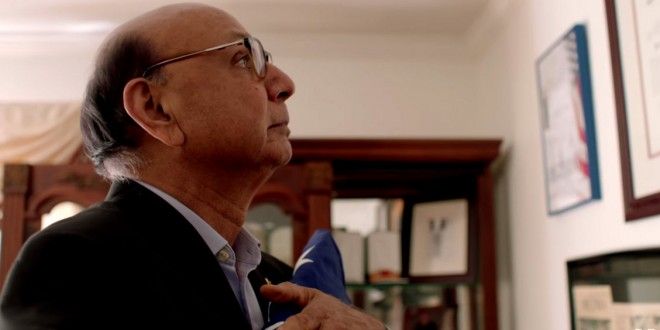 Gold Star Dad Khizr Khan Stars In Hillary Ad: Would My Son Have A Place In Donald Trump’s America? [VIDEO]

Not many political ads bring you to tears. Politico reports:

Khizr Khan has one more question for Donald Trump. The father of Humayun Khan, a Muslim-American soldier killed in Iraq in 2004, thrust himself into the election spotlight this summer at the Democratic National Convention, when he asked if the Republican nominee had even read the U.S. Constitution and told Trump he had “sacrificed nothing and no one.”

On Friday, Hillary Clinton’s campaign released an ad starring the Gold Star father. Khan comforts his wife Ghazala while he softly recites his question as footage of his son being laid to rest in Arlington National Cemetery plays on a nearby screen. “I want to ask Mr. Trump, would my son have a place in your America?,” Khizr Khan says in the ad titled “Captain Khan” after an image of Trump plays.