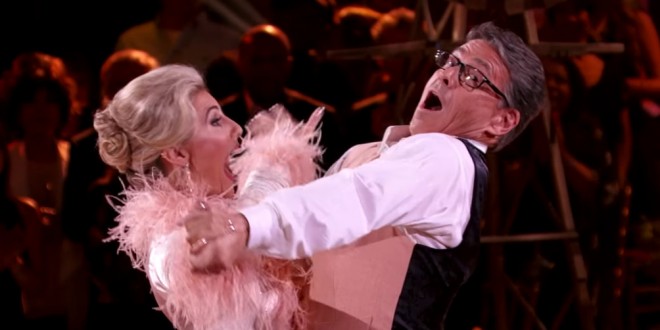 Former Texas Governor Rick Perry, who is dancing for veterans’ causes, improved this week, receiving a 22 for his “Green Acres” quickstep with Emma Slater.

Perry revealed to FOX411 his buddy Donald Trump watched his week one dance. “I talked to him last week, he called and was flying between one stop and another and said, ‘Hey, I just saw your performance.’ I’m sure it was a delayed feed, but he said, ‘You did a good job. Keep it up!’ ”

Despite support from The Donald, Perry has the lowest combined score of the competition, 42 out of 80, and looks in danger for Tuesday night, the season’s first elimination show.