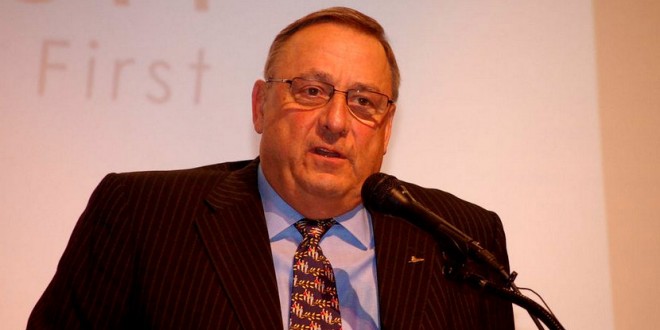 Maine Gov. Paul LePage on Wednesday blamed a reporter in part for his fiery outburst to a state lawmaker last week and vowed never to speak with the press again. Despite telling a local radio station on Tuesday that he may or may not resign and acknowledging “maybe it’s time to move on,” his position was firm Wednesday.

“I may not supposed to be that sensitive to these things, but I am. I lose sleep over this, and it’s frustrating when you hear people talk about cheap political stunts to hurt their opponent and not do the right thing,” he said. “Being called a racist was a horrible thing for me. It was enormously hurtful. It hurt my family. I will not resign, though.”

What he said he will do, however, is stop speaking to the media. “I will no longer speak to the press ever again after today,” LePage said, prompting laughter from reporters. “And I’m serious. Everything will be put in writing. I am tired of being caught — the gotcha moments. You folks live in a seven-second fiction world. I live in 24-hour reality.”