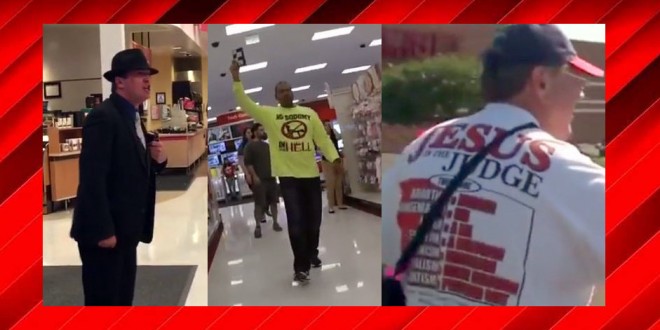 The American Family Association has denied reports from the “lying liberal media” that they are sending protesters into Target stores to “test” the retailer’s pro-trans restroom policy, but the protests are continuing. Watch below as street preachers invade several Target locations to scream insults and damnation at startled shoppers and staffers.