Twitter will no longer allow users to promote their accounts on at least seven other major social media sites, including Facebook, Instagram and Truth Social, the platform announced Sunday.

The new policy comes after many users began posting links to their accounts on other sites following Elon Musk’s takeover as CEO of Twitter and the platform’s subsequent reinstatement of far-right accounts, suspension of journalists and mass layoffs under his reign. 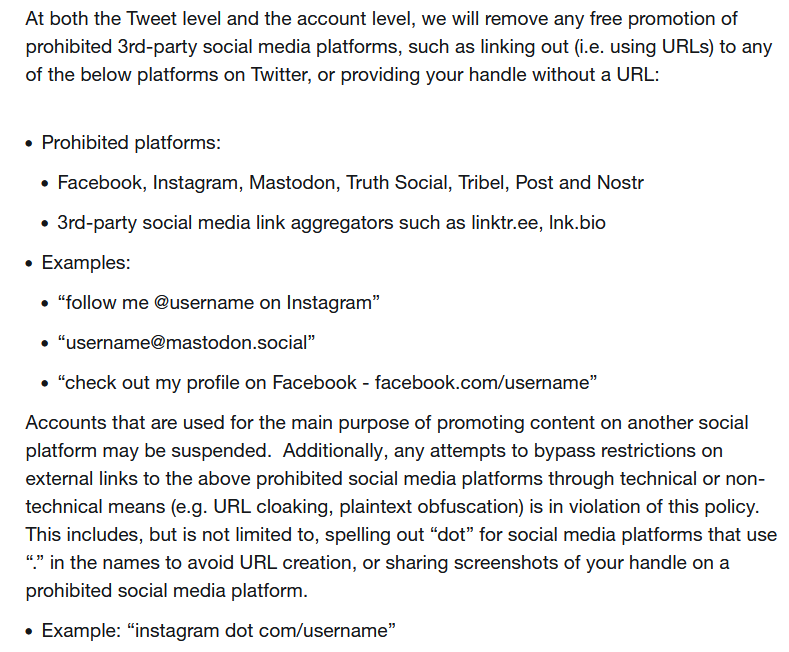 Specifically, we will remove accounts created solely for the purpose of promoting other social platforms and content that contains links or usernames for the following platforms: Facebook, Instagram, Mastodon, Truth Social, Tribel, Nostr and Post.

So glad that Twitter is now all about free speech. https://t.co/7dm9kayQAX

Trying to keep people from finding the exits? What is this, IKEA? https://t.co/toNrRH9jMi

Panic mode activated, their internal numbers on people fleeing must be jaw-dropping. Why else would you ban people from simply mentioning where else they can be found online? https://t.co/P4urV3OTln