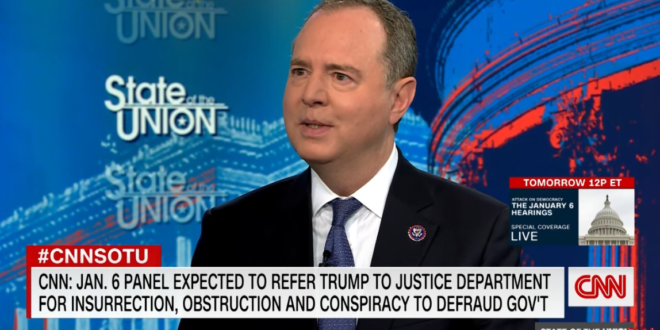 California congressman Adam Schiff said Sunday that he believes there is “sufficient evidence” to criminally charge Donald Trump in relation to his efforts to overturn the 2020 election.

Schiff’s dramatic statement on CNN’s State of the Union came one day before the House January 6 select committee to which he belongs is poised to release an outline of its extensive investigative report on the US Capitol attack, which has been linked to nine deaths, including the suicides of traumatized law enforcement officers.

“I think that the evidence is there that Trump committed criminal offenses in connection with his efforts to overturn the election,” said Schiff. “And viewing it as a former prosecutor, I think there’s sufficient evidence to charge the former president.”

He tried to interfere with a joint session.

And set a bloodthirsty mob on the Capitol.

If that’s not criminal, nothing is. pic.twitter.com/TSjLX3l0Up