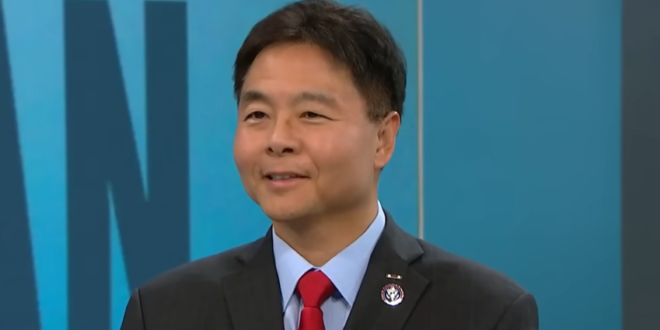 House Democrats on Wednesday elected Rep. Ted Lieu (D-Calif.) to serve as vice chair of the caucus next year, solidifying his place as the highest ranking Asian American in Congress.

Lieu bested three other lawmakers — Reps. Joyce Beatty (D-Ohio), Debbie Dingell (D-Mich.) and Madeleine Dean (D-Pa.) — in a closed-ballot vote to secure his spot as the No. 5 House Democrat in the next Congress.

The vice chair position is currently held by Rep. Pete Aguilar (D-Calif.), who will vacate the seat next year to replace Rep. Hakeem Jeffries (D-N.Y.) in the chairman spot.

Read the full article. As some of you surely know, Lieu is an absolute riot on Twitter, much in the shade-tastic style of Eric Swalwell.