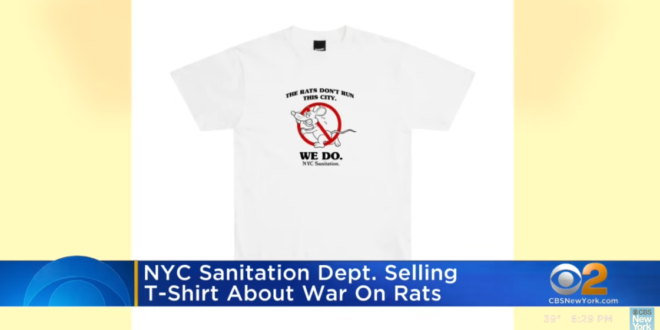 The shirts, which were listed at $48 on Only NY’s website, featuring a rat running scared, feature a phrase made famous by Sanitation Commissioner Jessica Tisch.

Standing outside City Hall on Oct. 17, Tisch unveiled a proposal to shorten the amount of time trash bags sit on the street in hopes of giving city rats less garbage to feast on. But before getting into specifics, she had a clear message for rodents across the five boroughs.

“The rats are going to absolutely hate this announcement,” she said. “But the rats don’t run this city. We do.” The soundbite went viral on social media, taking on a life of its own on TikTok.

Read the full article. $48! Proceeds go to the city’s general fund. Many less insanely-priced versions are already available on Amazon. The viral quote is in the video below.

It’s been on your lips, in your social media feeds and now you can wear it!

The rats DON’T run this City: an #OnlyNY exclusive t-shirt, now available online until Sun., 12/4. Proceeds benefit the City – and fight rats. Get it: https://t.co/k6oxHIBNfH pic.twitter.com/KRvTnWSWih

“The rats are absolutely going to hate this announcement.”@NYCSanitation has released a new shirt declaring war on rats. #MorningsOn1 pic.twitter.com/uafWTR8UQV

The rats don’t run this city
✨ we do ✨ pic.twitter.com/ilxISClEZR 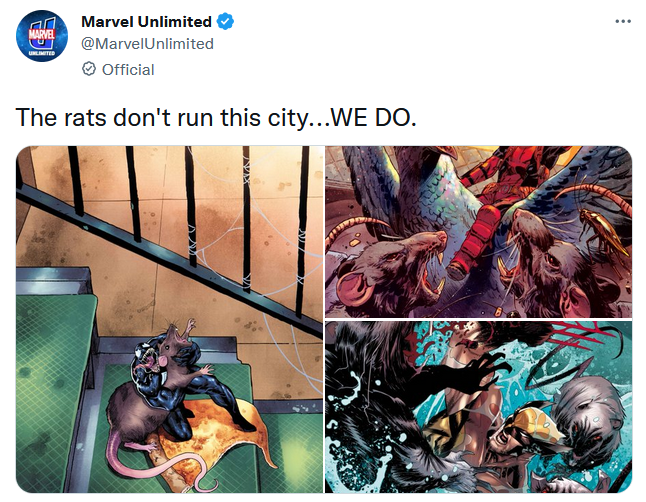