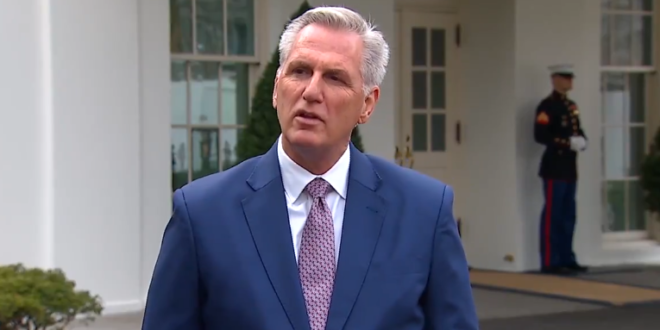 House Minority Leader Kevin McCarthy (R-Calif.) on Wednesday told the House select committee investigating the Jan. 6 attack to preserve its findings – including those that don’t make it into the panel’s final report.

The development is the latest indication that Republicans plan to launch an investigation into the committee’s work to counter-program the report, which is reportedly expected to focus on former President Trump’s role in the violence and his efforts to overturn the election.

It comes as Republicans are planning a battery of probes into everything from Hunter Biden to the withdrawal of troops from Afghanistan when they take the majority in January.

But McCarthy, who’s scrambling to win speaker votes, is facing pressure from ppl on right who want to rewrite the 1/6 narrative & undermine the committee’s work.