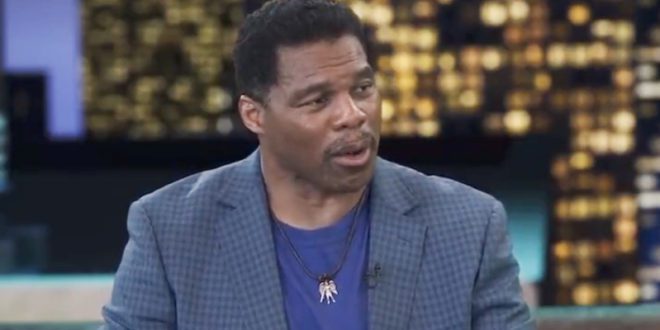 Walker: Trump Lied About Asking Me To Run [VIDEO]

“President Trump never came out and asked, ‘Herschel, will you run for that Senate?’ He never asked. I ain’t mad at him because he never asked, but he’s taking credit that he asked.

“Before all this started coming about, my wife and I went to Pastor Tony Evans at Oakland Bible College and we went into prayer and I prayed about it.

“And to be honest with you, I was praying that God would bring someone else. I’m happy, I’m doing well, I got a company, man, and I’m rolling. But I love the lord Jesus.” – Georgia US Senate nominee Herschel Walker.

Starting last year, Trump did publicly call for Walker to run on several occasions and endorsed him one week after Walker declared his candidacy.

Herschel Walker says Donald Trump lied when he claims he called and asked him to run for Senate: “He never asked. So, I’m mad at him because he never asked. But he’s taking credit that he asked.” pic.twitter.com/xCSGarLpn4

Previous Gunmaker Glock Sued Over Subway Mass Shooting
Next Arkansas Gov: “After 9/11 We Armed The Cockpits, We Could Do The Same Thing With Our Schools” [VIDEO]