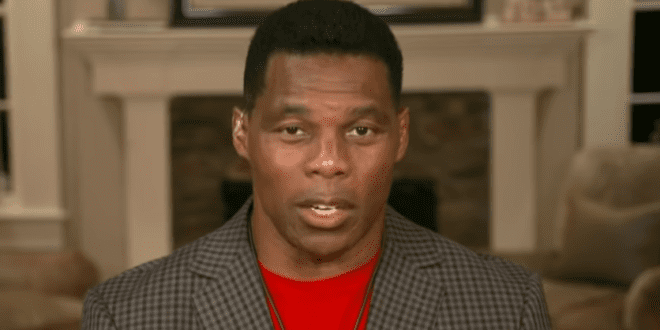 Over the weekend, Herschel Walker was asked at a Columbus rally about whether he would “stop the gay weddings.” There was much crosstalk in the audio, but Walker responded that “each state should determine that.”

Walker campaign spokeswoman Mallory Blount said Georgians should not take that to mean that the candidate, whose son is openly gay, wants to overturn the U.S. Supreme Court ruling that legalized gay marriage.

“Herschel understands that the Supreme Court has ruled on same-sex marriage and respects the authority of the courts,” said Mallory Blount, the spokeswoman. “He didn’t mean to imply anything else.”

Read the full article. My most recent post on Walker’s despicable homocon son is here. Walker is expected to cruise to an easy victory in today’s GOP Senate primary.

GA Senate candidate Herschel Walker’s son says pro-choice women don’t have to worry about whether abortion is legal or not because they probably aren’t having sex. pic.twitter.com/aRlghmzO6X