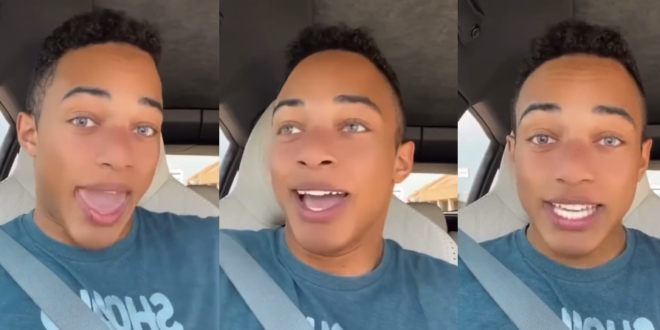 “If you’re gonna get an abortion, you do have to get banged. So all of the blue-haired pro-choice protesters don’t need to worry much about abortions. I’m sorry, I just had to say that.

“So for everyone saying they’re going on a sex strike, were you getting any to begin with, ma’am? Cuz it doesn’t look like it.

“It looks like you’ve been in the drive-thru. Not in the drive up to his house category, more in the ‘I’ll take a ten-piece fried chicken.’

“That’s where it looks like you’ve been.” – Christian Walker, son of Georgia US Senate candidate Hershel Walker.

GA Senate candidate Herschel Walker’s son says pro-choice women don’t have to worry about whether abortion is legal or not because they probably aren’t having sex. pic.twitter.com/aRlghmzO6X

All of the pro-choice women saying they’re going on a “sex-strike” look like they need to go on a strike from Burger King.

Most of the women claiming they’re going on a sex strike, don’t look like they were having any sex to begin with.

In order to get an abortion, you have to get banged. Most of the people throwing a tantrum tonight over SCOTUS have blue hair and don’t need to worry much about abortions.

Liberalism is basically all of the weirdos from high school getting revenge.

This pronoun crap is for losers who want to feel important.

Previous Speaker At ID Gov Candidate’s Rally: Enemies Of MAGA Are “Possessed By Demons” And Want To Rape Our Kids
Next Lifting The Lid On Late NYC Mayor Ed Koch’s Gayness