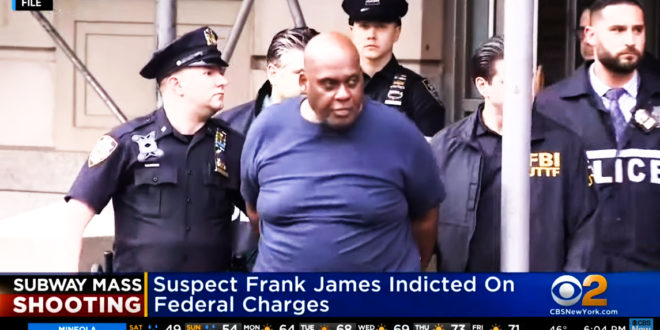 After asking James questions about his educational background, Brooklyn Federal Court Judge William Kuntz determined that he was “competent” to proceed in the case. The Bronx-born shooter faces life in prison if convicted. He is being held at Brooklyn’s Metropolitan Detention Center without bail.

Frank James, the man accused of spraying 33 shots on crowded N train pleads not guilty to federal terrorism charges after appearing in court in khaki jail jumpsuit and telling judge he was doing ‘pretty good’https://t.co/GtDJ02X4x7