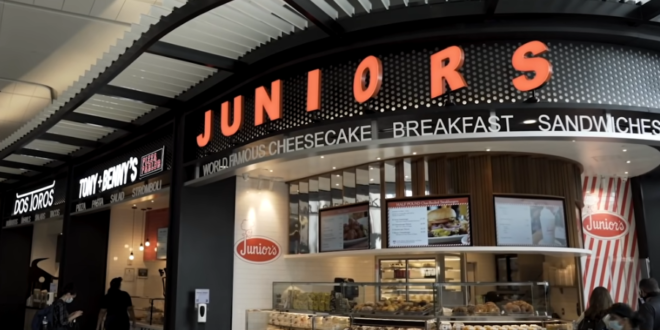 NYC Cracks Down On Airport Food And Drink Prices

It started after one person complained on social media in summer 2021 after purchasing a beer at LaGuardia Airport’s Terminal C that cost a whopping $27. Granted, it was a seasonal beer, but unless that season turns everything to gold, it was an astronomical price to pay for the beverage.

After the lengthy investigation, the Port Authority is now setting new pricing standards for all concessions at the three major NYC-area airports (JFK, Newark and LaGuardia).

The 35-page policy caps prices for food and drinks at local, off-airport “street prices,” plus a maximum surcharge of 10 percent. Port Authority also encouraged all travelers who suspect pricing violations at any of the three airports to report them via social media and tag the airport at which it is occurring.

After a lengthy investigation found travelers paid between $23-$27 for a beer at LaGuardia Airport, the Port Authority is now setting new pricing standards for all concessions at the three major NYC-area airportshttps://t.co/ZsKa5ehsRR

ALE FAIL: Port Authority review finds customers at LGA, JFK & Newark paid “indefensible prices” on airport beers — including a summer ale listed at $28 — that were called out online and by @THECITYNY. https://t.co/E9Ashrnupr pic.twitter.com/NevtsBLZUq