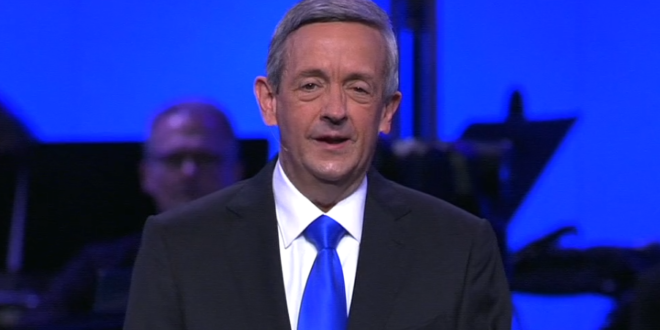 Russia’s invasion of Ukraine has prompted some of America’s most prominent evangelical leaders to raise a provocative question — asking if the world is now in the biblically prophesied “end of days” that might culminate with the apocalypse and the second coming of Christ.

Megachurch pastor Robert Jeffress, addressing his congregation at First Baptist Dallas, said many Christians are wondering, in the face of carnage in Ukraine, “Why does God permit evil like this to continue? Are we near Armageddon and the end of the world?”

The curators of raptureready.com — which shares commentary about “end of days” prophesies – suggest things could move quickly. Their “Rapture Index,” — on which any reading above 160 means “Fasten your seatbelts” — was raised this week to 187, close to its record high of 189 in 2016.

In July 2020, it was revealed that Jeffress’ megachurch got up to $5 million in COVID bailout funds. In September 2020, Jeffress said that any Christian who votes for Biden has “soul his soul to Satan.”

There’s no consensus on the answer, nor on any possible timetable. Predictions of an imminent “end of days” have surfaced with regularity over the centuries. Story by @CraryAP and company. https://t.co/8e4swLdkJ1