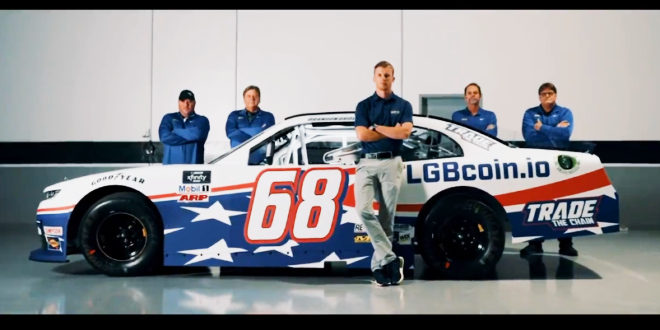 NASCAR on Tuesday decided against approving a sponsorship based on the anti-President Biden slogan “Let’s go, Brandon,” according to a NASCAR official with direct knowledge of the deliberations. Woodbridge, Va., native Brandon Brown, 28, whose first career victory in NASCAR’s second-tier Xfinity Series inadvertently spawned the coded vulgar insult, had hoped to compete this season in a red-white-and-blue Chevrolet sponsored by LGBcoin, a near-valueless cryptocurrency developed to monetize the right-wing slogan, which is a coded reference to “F— Joe Biden.”

Read the full article. Brown had previously claimed that he wasn’t “political” and wanted nothing to do with the anti-Biden meme that arose after his interview with a reporter who misheard the chanting of a pro-Trump crowd. But then the cryptocurrency outfit offered him a pile of money to cover his car with their logo and URL.

I’m excited to welcome @LGBcoin_io aboard my No. 68 Chevrolet Camaro as our 2022 NASCAR Xfinity Series full season primary partner!