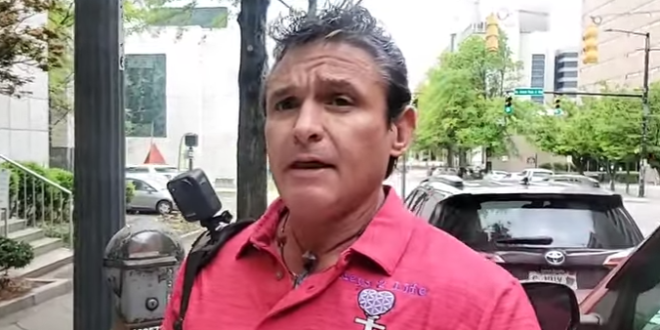 A Jefferson County Jail representative confirmed to the Daily Beast Tuesday evening that Key is being held without bond.

The anti-vaxxer, who “serves” packets of documents that supposedly show that the safe and effective COVID-19 vaccine is supposedly a “bioweapon,” had a court hearing earlier Tuesday over an arrest at a Whole Foods in April, where Key was cited with trespassing.

Read the full article. As I reported earlier this week, Key is traveling the nation with multiple assault weapons and a flamethrower with the stated purpose of serving citizen’s arrests of Democratic governors and health officials. It’s not clear how Key is funding his crusade.

NEW: “Vaccine police” leader who was traveling the country with a flamethrower has been arrested https://t.co/m4OCdAP8If