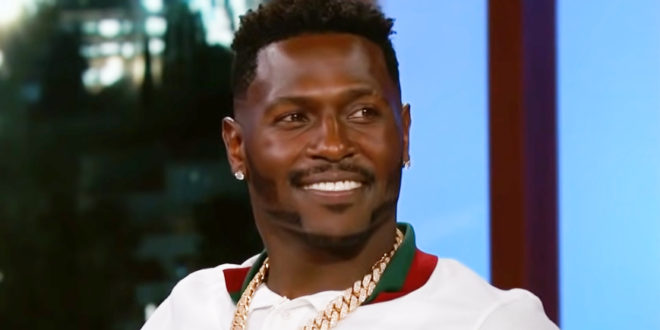 The league and players’ union found that Brown was among three players who misrepresented their vaccination status. A former personal chef of Brown’s said earlier this month that the wide receiver had obtained a fake COVID-19 vaccination card over the summer.

Also suspended for three games were Buccaneers backup safety Mike Edwards and free-agent wide receiver John Franklin III, whom Tampa Bay waived in August. All three players accepted their discipline and will not appeal, according to the NFL.

Brown tested positive for COVID early in the season and his lawyer initially denying the fake vax card claim, saying Brown is “healthy, vaccinated, and ready to win another Super Bowl.”

Brown has reportedly been involved in multiple domestic violence incidents and has twice been sued for sexual assault.

Last year he received two years probation for the felony assault of a moving truck driver.

Money Antonio Brown owed the chef who snitched on his vaccine status — $10,000

That math is mathin’

Breaking: The NFL announced Antonio Brown has been suspended without pay for the next three games for violating the NFL-NFLPA COVID-19 protocols. pic.twitter.com/wCSM2l6fJb