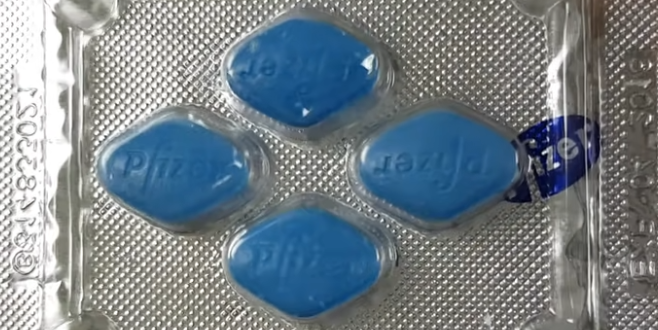 STUDY: Viagra May Be Effective Against Alzheimer’s

Usage of the medication sildenafil – better known to most as the brand-name drug Viagra – is associated with dramatically reduced incidence of Alzheimer’s disease, new research suggests.

According to a study led by researchers at the Cleveland Clinic, taking sildenafil is tied to a nearly 70 percent lower risk of developing Alzheimer’s compared to non-users.

That’s based on an analysis of health insurance claim data from over 7.2 million people, in which records showed that claimants who took the medication were much less likely to develop Alzheimer’s over the next six years of follow up, compared to matched control patients who didn’t use sildenafil.

Lead investigator Dr Feixiong Cheng said the findings were encouraging, but needed more exploring: “Because our findings only establish an association between sildenafil use and reduced incidence of Alzheimer’s disease, we are now planning a mechanistic trial and a phase II randomized clinical trial to test causality and confirm sildenafil’s clinical benefits for Alzheimer’s patients.”

UK brain research expert Prof Tara Spires-Jones, from the University of Edinburgh, said: “More work will be needed to know whether this drug can indeed lower risk for Alzheimer’s disease. “While these data are interesting scientifically, based on this study, I would not rush out to start taking sildenafil as a prevention for Alzheimer’s disease.”

Dr Ivan Koychev, a senior clinical researcher at the University of Oxford, who was not involved in the study, said it was “an exciting development” because “it points to a specific drug which may offer a new approach to treating the condition”.

Dr Susan Kohlhaas, director of research at Alzheimer’s Research UK, said: “Being able to repurpose a drug already licensed for other health conditions could help speed up the drug discovery process and bring about life-changing dementia treatments sooner.

“Importantly, this research doesn’t prove that sildenafil is responsible for reducing dementia risk, or that it slows or stops the disease. The only way to test this would be in a large-scale clinical trial measuring sildenafil effect against the usual standard of care.”

💊Viagra may be able to protect people from developing Alzheimer’s disease, a new study has suggested https://t.co/guNEF4Ft4w