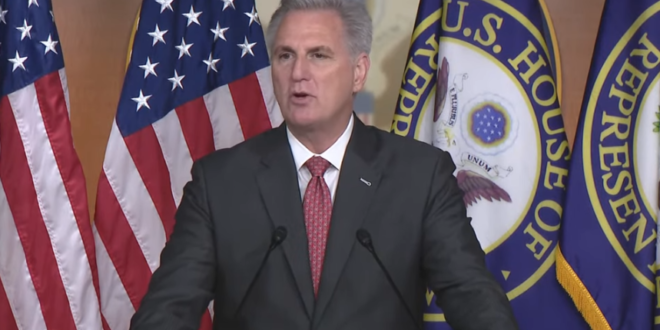 House Minority Leader Kevin McCarthy (R-Calif.) on Wednesday pleaded with Republicans to stop attacking each other as they keep getting mired in nasty personal fights, admonishing them that “Congress is not junior high.”

During a closed-door meeting with rank-and-file Republicans, McCarthy said that the intraparty squabbles among a handful of Republicans — primarily between the far-right flank and more moderate members — weren’t helpful for the GOP as they seek to win back the majority in 2022.

While “99 percent were doing the right thing,” McCarthy said, he urged the remaining 1 percent of his GOP conference to stop the infighting and to quit talking publicly about a Speaker’s race that is more than a year away, according to a source in the room.

Read the full article. In case you haven’t been following along, he’s speaking to Lauren Boebert, Nancy Mace, and Marjorie Taylor Greene.

As someone who taught junior high, I’m offended he would compare my students to this. this is so much worse than “junior high” McCarthy pleads with Republicans to stop infighting: ‘Congress is not junior high’ https://t.co/1qqc5IjAkq#teaching #Teacher