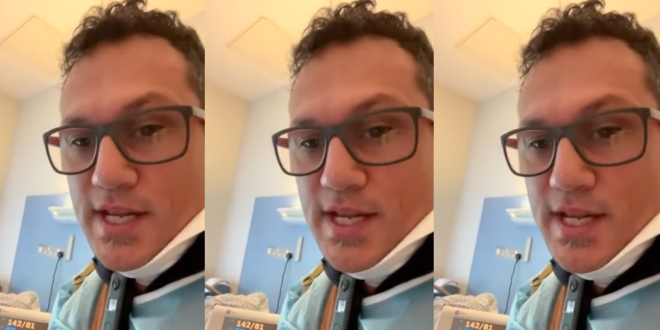 Anti-Vaxxer May Face Charges In Death Of Irish Patient

Gardaí are recommending criminal charges be brought against anti-vax extremist Antonio Mureddu in connection with Covid patient Joe McCarron’s departure from hospital in Donegal while gravely ill. The 67-year-old Covid patient returned to hospital two days later, but subsequently died. In a video [below] that later went viral, Italian anti-vaccination extremist Mr Mureddu is seen encouraging the patient to leave, despite a doctor telling Mr McCarron he could die.

Mureddu (44) appeared at Letterkenny District Court, Co Donegal last Monday, on road traffic charges of having no insurance, using a fraudulent licence plate, and failing to give information to gardaí at Meencarragh, Ballybofey, Co Donegal on October 23. Judge Raymond Finnegan told the accused he strongly recommended getting legal representation. Mr Mureddu replied: “Absolutely not. I don’t give any consent. I am the king and you are the public servant.”

Read the full article. Meruddu could face up to seven years in prison under Ireland’s “endangerment” laws. My first post on the incident is here.