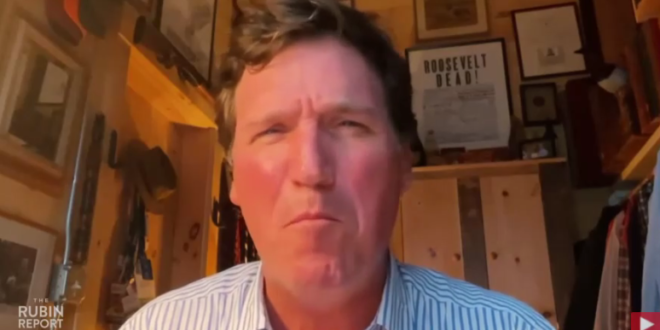 “I lie if I’m really cornered or something. I lie. I really try not to. I try never to lie on TV. I just don’t — I don’t like lying. I certainly do it, you know, out of weakness or whatever.

“OK, who’s running the system? You’re lying to defend Jeff Bezos? Like, you’re treating Bill Gates like some sort of moral leader, like, are you kidding me? How dare you do that.

“How dare you use your power to protect and guard the powerful even as you put your boot on the neck of the weakest people.

“And I have to say. There have been many times in the twenty-five years I’ve been in TV where I think you know, are we using this, like, very substantial power that we have to put pictures on the screen to hurt weak people.

“And I have done that, inadvertently over the years because I got carried away. But I really try not to. – Tucker Carlson, speaking on the podcast of homocon Dave Rubin.