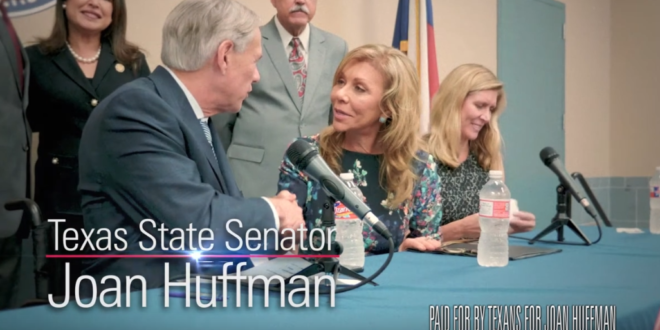 The Texas State Senate kicked off the decennial redistricting process on Saturday when it released the first draft of its own members’ district maps.

State Sen. Beverly Powell, D-Burleson, immediately called foul on the initial draft of the map, which was authored by Sen. Joan Huffman, R-Houston, who chairs the Senate Redistricting Committee. Powell’s district is currently contained in Tarrant County, which voted for President Joe Biden in the 2020 election, but the new version of District 10 reaches into more conservative Parker and Johnson counties.

This is the first time in decades federal law allows Texas to draw and use political maps without first getting required federal approval to ensure that they’re not disenfranchising the voting rights of people of color. That federal pre-clearance requirement in the Voting Rights Act was gutted by the Supreme Court in 2013.

Huffman last appeared on JMG when she authored a bill to create a new statewide court meant to thwart attempts by Democrats to file appeals of new laws.

The first draft map is out for Texas redistricting. Sen. Joan Huffman, who is leading the effort in the Texas Senate, has filed a draft map for that chamber. #txlege https://t.co/hi8muitJlQ pic.twitter.com/9iDMQIqnJH

Republicans will have more freedom to protect their dominance. Here’s what you need to know. https://t.co/uoYmZjgZIv

2/ The 2021 redistricting cycle will mark the first time in nearly half a century that a Legislature with a lengthy record of discriminating against voters of color will be able to redraw political districts without federal oversight. https://t.co/uoYmZjgZIv

3/ In 2013, the Supreme Court scrapped part of the 1965 Voting Rights Act that required states with a discriminatory history to have prior approval to enact voting maps or rules.

Texas has not made it through one decade without a ruling that the state disenfranchised voters.

4/ Civil rights advocates worry that this year’s maps could build upon discriminatory effects from the voting restrictions signed into law earlier this year.

The new election law targets drive thru and early voting options that were disproportionately used by voters of color.