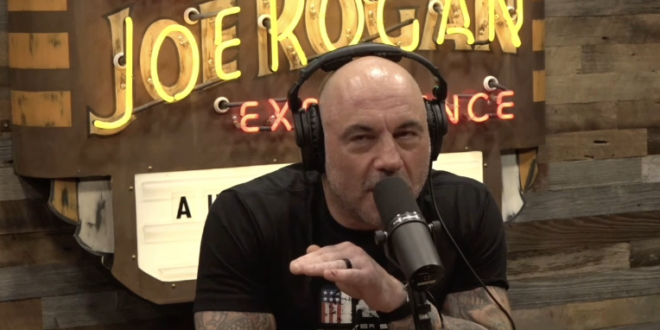 MIKE BAKER (FORMER CIA OFFICER): You mentioned that before — before we started talking, and I hadn’t thought about it before. But you know what, when I watched it on TV, when I watched, you know, him getting his shot, his mask on, all I could think of was this was performance art.

ROGAN: I don’t think they would take the chance.

BAKER: So the next step of performance art would be like not giving him the booster but just giving him a shot.

ROGAN: I think if they were going to give him a booster shot, the last thing they would do is give it to him live on television. What if he dies?

ROGAN: What if he blacks out? What if he like gets it and faints? Like, because people have had very bad reactions like in the moment for whatever reason.

Previous Man Who Said COVID Tests Are Meant To Turn You Into Flesh-Eating Zombies Gets Hospitalized For Something
Next 2022 Super Bowl Show: Dr. Dre, Snoop Dogg, Eminem