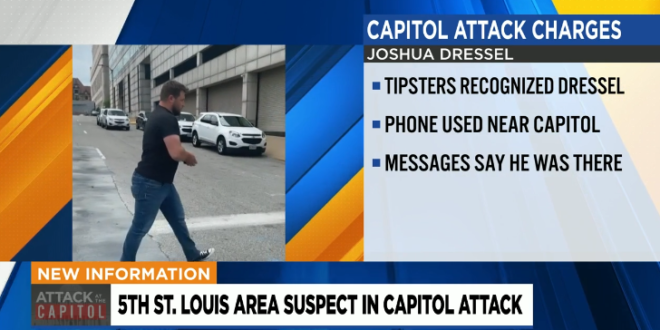 Riot Suspect Collared After Tip From MSNBC Broadcast, Allegedly Boasted He Was Among “First 20 To Break In”

A 31-year-old Festus man faces four charges related to his participation in the January 6 Capitol riots. In a hearing today, Joshua Dressel appeared via teleconference as a judge outlined the crimes he’s accused of. Two of the charges carry a sentence of up to six months in prison and a fine of $5,000, the others carry sentences of a maximum of one year in prison and a fine of up to $100,000. Dressel is a husband and father of three children, and owner of Dressel Tree Services of Festus.

According to court documents, a tipster submitted an image from an MSNBC broadcast to the FBI and stated they believed it was Dressel. The image reportedly showed Dressel inside of the Capitol during the riots. The tipster told agents he has known Dressel for years and recognized him by his facial expressions, body language and attire in the broadcast. The tipster also drew a blue arrow to the person she identified as Dressel in the image, along with a YouTube link to the same video. 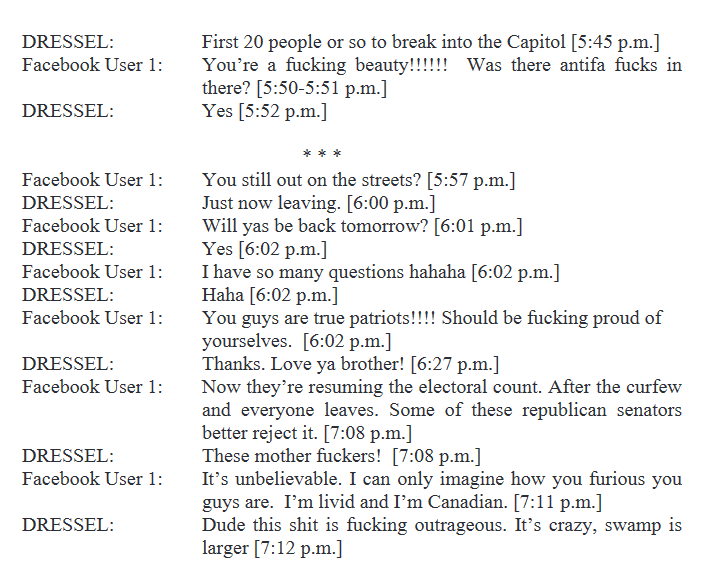 CAPITOL RIOT ARREST UPDATE:
*Joshua Dressel of Festus MO is charged in the insurrection.
*Runs tree cutting service; 1.5 stars on Yelp.
*Says he was among “first 20 people or so to break into the Capitol.”
*Charges: Unlawful entry; disorderly conduct; etc.https://t.co/aiKIFaA65e pic.twitter.com/lUIxeToAYq

Previous Riot Suspect Nabbed After Fellow Suspect Tips FBI
Next “Ambassador Of Christ” Who Called For Killing Pelosi: “Drop All Charges Against My Vessel Pauline Bauer”