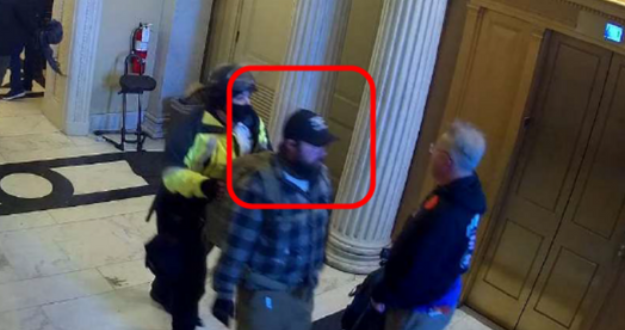 An Ohio man was arrested Thursday in connection with the Jan. 6, 2021 insurrection at the US Capitol building. Erik Rau was identified by fellow Central Ohioan Derek Jancart after he was arrested last February for his alleged role in the Capitol riots.

Jancart was arrested after investigators say he posted a photo from inside the Capitol on Facebook. Court documents say Jancart admitted to entering the building with Rau and provided investigators with Rau’s phone number.

A man from Central Ohio was identified as a participant in the January 6th insurrection by another participant who had been previously arrested for his role in it. @wsyx6 has the details here.https://t.co/PrBIw1Qr6p

Previous Ticket Sales Slow For Trump/O’Reilly Douchebag Tour
Next Riot Suspect Collared After Tip From MSNBC Broadcast, Allegedly Boasted He Was Among “First 20 To Break In”