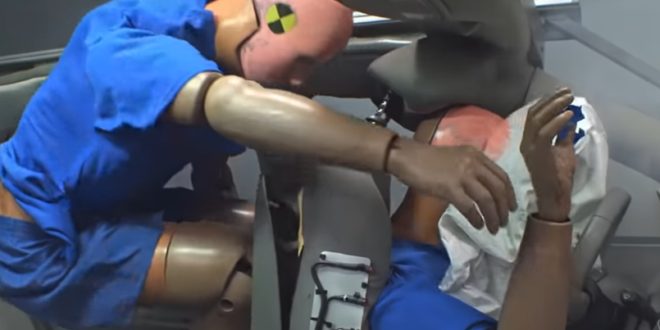 Half Of 2020 Car Crash Fatalities: No Seat Belt Worn

More drivers have engaged in risky behaviors, like speeding and driving under the influence, during the Covid-19 pandemic. Compounding the problem, safety officials say, these drivers often leave their seat belts unbuckled, raising the potential for deadly consequences.

More than half of all crash fatalities last year involved unbelted drivers or occupants, according to the National Highway Traffic Safety Administration’s preliminary data on cases where seat-belt use is known. That is the highest level since 2012.

An estimated 38,680 people died in car crashes last year, 7% more than in 2019, even though total miles driven dropped 13% as many Americans stayed home, federal data show. The number of unbuckled vehicle occupants killed in crashes jumped an estimated 15% from 2019, NHTSA figures show.

More than half of all crash fatalities last year involved unbelted drivers or occupants, the highest level since 2012. https://t.co/0BXDZFBsIH

Previous New Docs Show Trump Pressuring DOJ: “Just Say That The Election Was Corrupt And Leave The Rest To Me”
Next FBI Arrests QAnon Ohio Couple In Capitol Riot