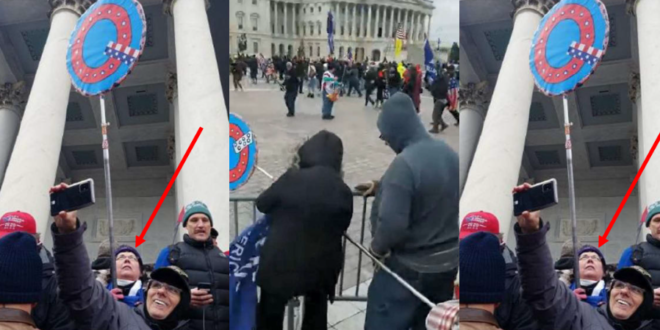 A man and woman in southwest Ohio are facing multiple federal charges after they were arrested Wednesday by the FBI in connection with the riot at the U.S. Capitol on Jan. 6.

Therese Borgerding of Piqua and Walter Messer, 50, of Englewood both are charged with knowingly entering or remaining in any restricted building or grounds without lawful authority, violent entry and disorderly conduct on Capitol grounds, and parade, demonstrate or picket in any of the Capitol Buildings, according to federal prosecutors.

It's nice when suspects provide selfies as proof of their crimes, makes it a little easier for the FBI to decide to arrest them. In this case, a tip was received back in January, but it's taken this long to work their way down the list to make the arrest. https://t.co/grslIqHBhW

Today the #FBI arrested Therese Borgerding of Piqua, OH and Walter Messer of Englewood, OH. Both were arrested for their alleged involvement in crimes committed at the U.S. Capitol in Washington, D.C, on Wednesday, Jan. 6, 2021. Details on the cases: https://t.co/ycLj3sln7J pic.twitter.com/JWH1iUaZzh

Previous Half Of 2020 Car Crash Fatalities: No Seat Belt Worn
Next DOJ Rules That Trump’s Tax Returns Must Be Released