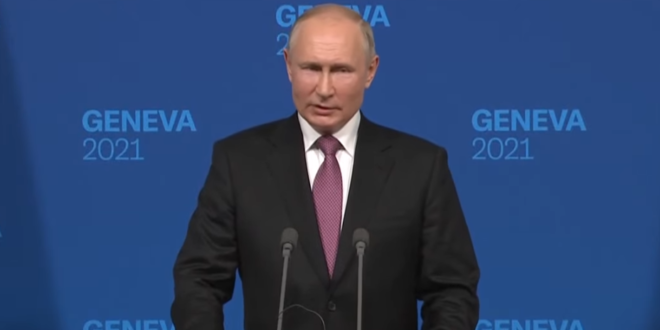 Following his summit with President Biden in Geneva, Russian President Vladimir Putin called the talks “quite constructive” and said he and Biden agreed to return their ambassadors to their respective posts in Washington and Moscow.

Speaking at a news conference, Putin also said he and Biden had reached an agreement to start negotiations on cybersecurity. “There was no hostility. Quite the contrary,” Putin said of the meeting with Biden. Biden is expected to hold a news conference after Putin concludes his remarks.

Putin announced that he and Biden agreed that their ambassadors can return to their respective posts in Russia and the United States. “We’ve reached an agreement that the Ministry of Foreign Affairs of Russia and the U.S. State Department would begin consultations on the full range of interaction on the diplomatic track,” Putin said.

Russian President Vladimir Putin says that he and President Biden agreed to return their ambassadors to their respective posts in Washington and Moscow. His news conference is underway. Biden’s will follow at some point after.

Previous QAnon Rep Gets Fact-Check On Her Lies About HIV
Next Evangelical Radio Host: The Satanically Bad “Waking Nightmare” Of Biden Will Bring People To Jesus [VIDEO]