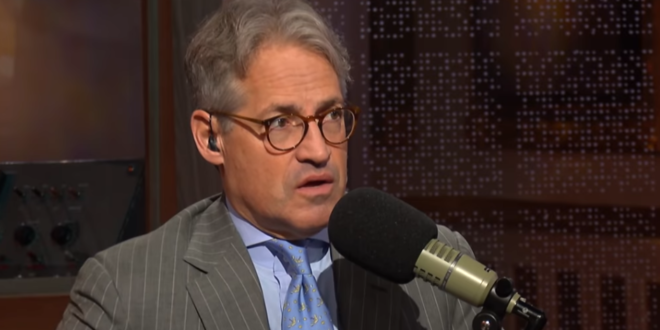 “When this thing happened with the election and then everything that has happened subsequently, this nightmare. I think it is God’s mercy.

“It is a wake-up call, not just to the church, but to your average American to say, ‘Wow, look how bad it can get.’ We didn’t think it could get this bad.

“We think it’s just kind of going back to the way it was under George W. Bush or something. It is such a waking nightmare.

“That it is the one thing that I think God uses in history—we see it in scripture—to wake his people up. If you don’t know what it is to suffer and to go in the wrong direction, you’re sleepwalking.

“And most Americans—we’ve been so blessed, we’ve been sleepwalking—we need to understand that it can get satanically bad.” – Evangelical radio host Eric Metaxas.

RELATED: Metaxas last appeared on JMG when he screamed about Marxism after YouTube banned his channel for COVID lies. Metaxas also appeared on JMG in December when he called on Trump supporters to “fight to death for Trump, to the last drop of blood.” In late March he tweeted, “Don’t get the vaccine. Pass it on.” That tweet has since been deleted, but his Twitter account remains active.