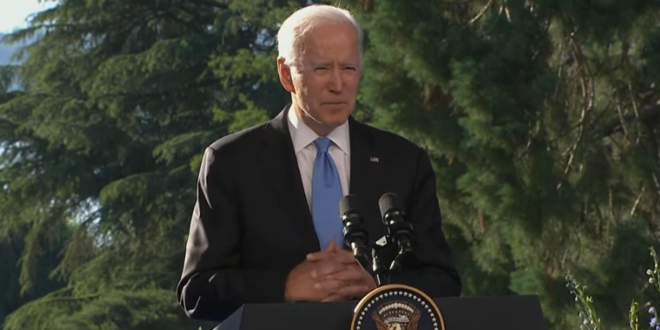 President Vladimir V. Putin of Russia, speaking to reporters after meeting privately with President Biden on Wednesday, denied that Russia has played a role in a spate of increasingly bold cyberattacks against U.S. institutions, and said the U.S. was the biggest offender.

The Russian leader’s remarks suggested that he was not interested in discussing what Mr. Biden had said was a key objective of the talks: to establish some “guardrails” about what kinds of attacks on critical infrastructure are off limits in peacetime.

Mr. Putin did suggest that there had been some kind of agreement to establish expert groups to examine these issues, but U.S. officials fear it is little more than a ploy to tie the matter up in committee.

Previous Evangelical Radio Host: The Satanically Bad “Waking Nightmare” Of Biden Will Bring People To Jesus [VIDEO]
Next Putin Deflects To Shooting Of Rioter Ashli Babbitt When Grilled About The Treatment Of His Political Opponents