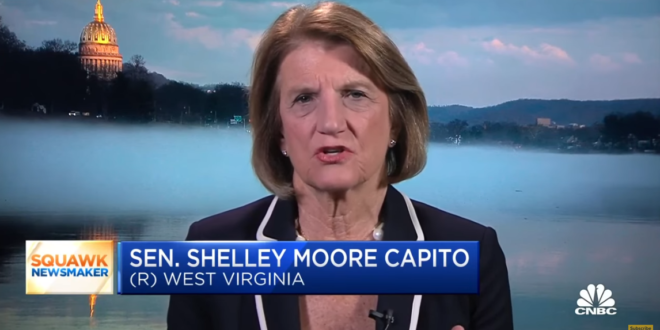 Weeks-long infrastructure negotiations between President Joe Biden and a Senate GOP group led by Sen. Shelley Moore Capito broke down on Tuesday, according to an administration official, who said the White House has decided to shift its focus toward a bipartisan Senate group that has been meeting on a possible proposal.

The decision to pivot follows an abrupt, five-minute phone call Tuesday afternoon between Biden and Capito, a West Virginia Republican. The senator’s office confirmed the brief discussion but did not provide additional details about the call.

NEW: Capito says Biden has ended negotiations on an infrastructure bill, saying he “chose not to accept the very robust and targeted infrastructure package” that GOPers introduced as a counterproposal. pic.twitter.com/z7WkyplyRA

Previous Anti-Vax Nut Testifies That Vaccine Magnetizes Humans: Keys And Forks Stick To You, You Can Interface With 5G
Next Cultist Rep: Evidence Trump Won Is “Overwhelming”