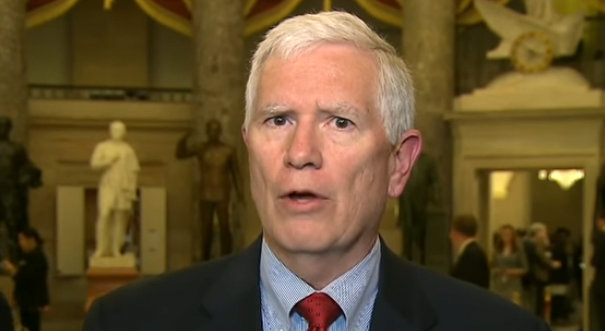 In an interview Monday with the Washington Examiner, Rep. Mo Brooks asserted that Trump beat President Biden “if only lawful votes cast by eligible American citizens were counted.”

He argued that there is “overwhelming and compelling” evidence to support the claim — although he provided none.

He said that “somewhere in the neighborhood of 900,000 to 1.7 million non-citizens voted in the 2020 presidential election overwhelmingly for Joe Biden,” but provide no data to back up those numbers.

Read the full article. Brooks is running for the Senate and if elected may have to vote on accepting the result of the 2024 presidential election.

.@PhilAndonianEsq lied on @CNN’s @NewDay! Not only that, he called my wife, Martha, a liar!

Andonian falsely claims the process server never entered my house. If so, why do I have video of him running in after Martha? pic.twitter.com/PTP0BPfrbN

.@EricSwalwell Well, Swalwell FINALLY did his job, served complaint (on my WIFE).

HORRIBLE Swalwell’s team committed a CRIME by unlawfully sneaking INTO MY HOUSE & accosting my wife!