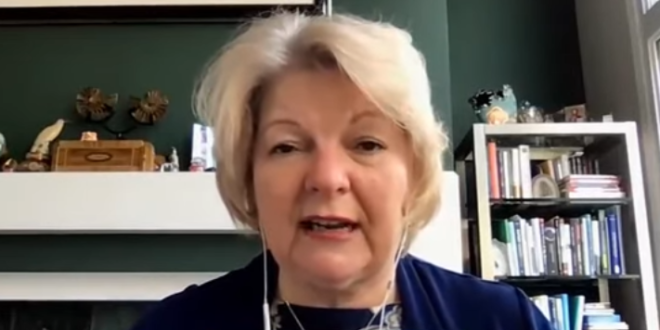 Anti-Vax Nut Testifies That Vaccine Magnetizes Humans: Keys And Forks Stick To You, You Can Interface With 5G

A Cleveland doctor and anti-vaccine advocate went on a rant about 5G internet and metal objects sticking to the bodies of vaccinated people while giving testimony at an Ohio House Health Committee meeting Tuesday.

“I’m sure you’ve seen the pictures all over the internet of people who have had these shots and now they’re magnetized. They can put a key on their forehead. It sticks. They can put spoons and forks all over them and they can stick, because now we think that there’s a metal piece to that.

“There’s been people who have long suspected that there’s been some sort of an interface, ‘yet to be defined’ interface, between what’s being injected in these shots and all of the 5G towers.”

Read the full article. Sherry Tenpenny first appeared on JMG in late March when she was selling a $623 per person online anti-vaccine “boot camp.”

Anti-vaxxer tells Ohio lawmakers that the COVID-19 vaccine magnetizes people: ‘Put a key on their forehead — it sticks’ https://t.co/pDFKuPoVRK