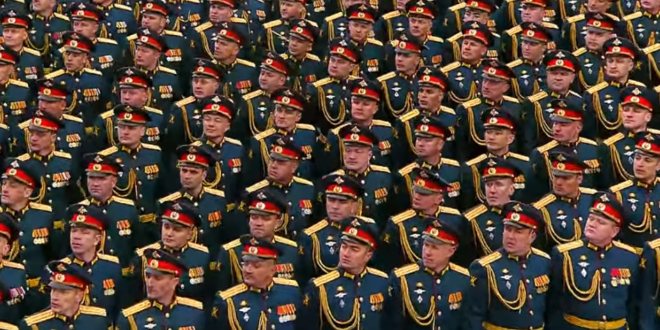 Speaking to the annual military parade on Moscow’s Red Square, Putin on Sunday decried “attempts to rewrite history, to justify traitors and criminals, on whose hands lies the blood of hundreds of thousands of peaceful people.”

“Unfortunately, many of the ideologies of the Nazis, those who were obsessed with the delusional theory of their exclusiveness, are again trying to be put into service,” he said, without citing specifics.

The anniversary of Nazi Germany’s defeat, which Russia calls Victory Day, is the country’s most significant secular holiday. commemorating the Red Army’s military feats and the vast suffering of civilians. About 27 million Soviet soldiers and civilians are estimated to have died in the war.

The anniversary of Nazi Germany’s defeat, which Russia calls Victory Day, is the country’s most significant secular holiday.https://t.co/E6wFEjXxdD

President #Putin: 22 June 1941 – one of the most tragic days in Russia’s history. Enemy came to our land to sow death & terror. Shared resolve to repel the invasion was response to that. Soviet people fulfilled this sacred promise: defended their homeland, freed Europe from Nazis pic.twitter.com/Ew5uOHeFLC