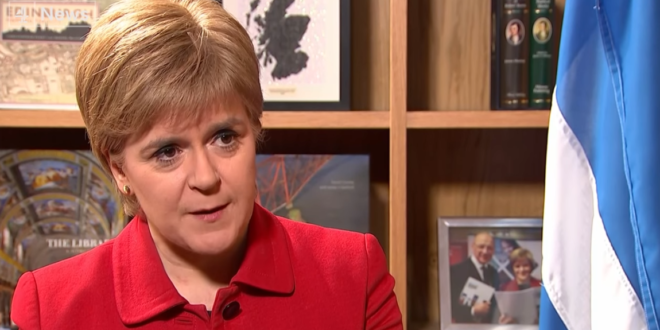 Scotland’s future in the U.K. is set to loom over British and European politics for years after pro-independence groups led by Nicola Sturgeon’s Scottish National Party expanded their majority in the country’s parliament, setting up a clash with the British government on whether Scots should be allowed a vote on leaving the 300-year-old union.

Ms. Sturgeon’s SNP secured the largest number of seats—nearly half the total—in the country’s multiparty, European-style proportional electoral system after pitching independence as a way to accelerate Scotland’s recovery from the Covid-19 pandemic.

A referendum could also chart a path for Scotland back into the European Union after Britain left the trade bloc at the start of the year, supporters said.

Nicola Sturgeon has hailed the SNP’s “historic and extraordinary” fourth consecutive victory in the Scottish Parliament election. The party finished on 64 seats – one short of a majority but one more than it won in 2016.

Ms Sturgeon said her priority was the pandemic but she still intended to hold an independence referendum once the crisis has passed. Boris Johnson has invited the devolved nations to a Covid recovery summit.

Ms Sturgeon said there was no democratic justification for the prime minister, or anyone else, to attempt to block it. But Mr Johnson said talk of “ripping our country apart” would be “irresponsible and reckless”.

Scotland’s First Minister Nicola Sturgeon said the result meant she would push ahead with plans for a second independence referendum once the COVID-19 pandemic was over, adding that it would be absurd and outrageous if Johnson were to try to ignore the democratic will of the people.

“There is simply no democratic justification whatsoever for Boris Johnson, or indeed for anyone else, seeking to block the right of the people of Scotland to choose our own future,” Sturgeon said.

The election outcome is likely to be a bitter clash between the Scottish government in Edinburgh and Johnson’s United Kingdom-wide administration in London, with Scotland’s 314-year union with England and Wales at stake.

Nicola Sturgeon called the former Britain First deputy leader a “racist” and “fascist” after being confronted by her on the streets of Glasgow.

Jayda Fransen, who is standing as an independent in Glasgow Southside, the same constituency contested by Ms Sturgeon, confronted the Scottish National Party (SNP) leader outside what appeared to be a polling station, footage posted online showed.

Fransen, who has convictions for religiously-aggravated harassment, accused the first minister of being an “absolute disgrace” for “flooding the country” with immigrants.

🏴󠁧󠁢󠁳󠁣󠁴󠁿 The people of Scotland have spoken – it’s an SNP landslide.

👇 Once we rebuild Scotland from COVID, there will be an independence referendum. pic.twitter.com/k5Oq4hndh1

🏴󠁧󠁢󠁳󠁣󠁴󠁿 With our big economy, highly educated population, innovative industries and vast natural resources, Scotland has what it takes to thrive with independence.

🌍 Scotland must, and will, have a choice. #Marrpic.twitter.com/KMi1MGJgEu

Nicola Sturgeon beats down the racists in Glasgow pic.twitter.com/6PkXY5gg2g

When you tried to do racism for votes but forgot you weren’t in England pic.twitter.com/vAfRRGEPX4

It’s the background laughter after Jayda Fransen’s 46 votes are announced that really makes it #telt pic.twitter.com/GWjBgn7jwU