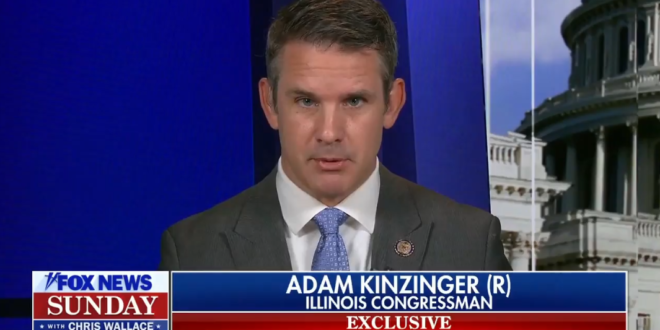 Kinzinger: McCarthy Is Lying About The Riot [VIDEO]

Republican Rep. Adam Kinzinger of Illinois is taking aim at Rep. Kevin McCarthy, R-Calif., charging that the House minority leader is not being honest with Americans.

.@RepKinzinger says “American people deserve the truth and my party has said things like it was hugs and kisses, it was ANTIFA and BLM– anything but what it was and what it was, was a Trump inspired insurrection on the Capitol.” #FoxNewsSunday

Previous Texas Bill Would Cut Polling Places In Urban Areas
Next Blinken On Israel: US Still Behind Two-State Solution