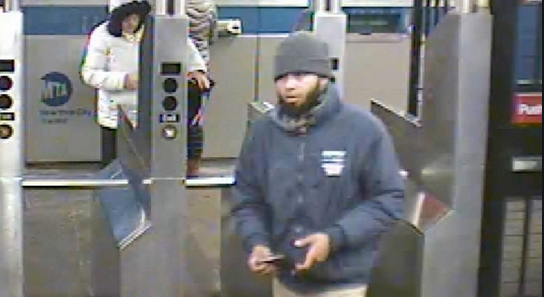 A Bangladeshi immigrant who set off a pipe bomb attached to his chest in New York City’s busiest subway station was sentenced Thursday in Manhattan federal court to life in prison plus 30 years. The judge said a life sentence is a just punishment for the “heinous crime.”

Akayed Ullah was arrested in the December 2017 attack when his bomb barely exploded, leaving him with serious burns but causing mostly minor injuries to those near him. Prosecutors had been able to request up to life in prison for the 31-year-old man who was convicted in November 2018.

Hours after Ullah’s bombing attempt, Trump derided the immigration system. Ullah got an entry visa in 2011 because he had an uncle who was already a U.S. citizen. Trump said allowing foreigners to follow relatives to the U.S. was “incompatible with national security.”

It was 6 a.m. on a Monday in December in 2017 when Akayed Ullah left his Brooklyn apartment with a homemade pipe bomb packed with metal screws strapped to his chest. He headed into the 18th Avenue subway station, boarded an F train and took it to Jay Street MetroTech.

Mr. Ullah got off at Port Authority and entered the crowded underground passageway that runs toward Times Square. There, as he walked, he detonated the bomb, setting off a blast that filled the tunnel with smoke and sent thousands of commuters fleeing.

It was, the authorities have said, nothing short of a miracle that Mr. Ullah did not kill anyone. The makeshift bomb malfunctioned, seriously injuring him and sending shrapnel into the leg of a nearby pedestrian. Two bystanders partly lost their hearing and they and others were traumatized and suffered lasting emotional damage.

Previous Russia: We Will Withdraw Troops From Ukraine Border
Next Ben Shapiro Buys Wood To Own The Libs [VIDEO]