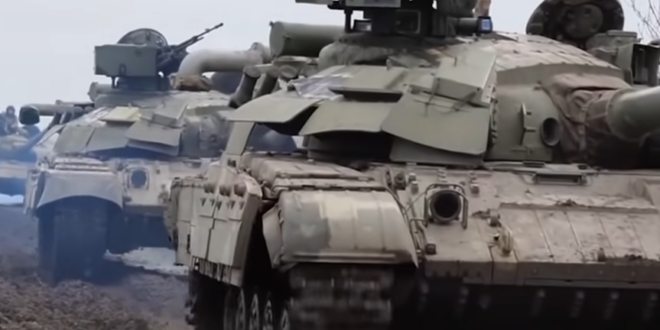 Russia: We Will Withdraw Troops From Ukraine Border

Russia said it will begin pulling thousands of troops back from areas near the Ukrainian border starting Friday, in a step that could calm strains with the West that have surged in recent weeks. Ukrainian President Volodymyr Zelenskiy welcomed the move, saying in a tweet it “reduces tension.”

The ruble gained as much as 1.4% against the dollar and the cost of insuring Russian debt against default fell the most in 10 months after the news. The Russian currency had slipped amid fears the conflict could bring new Western sanctions. Ukraine’s hryvnia rose to the highest level since April 14.

Read the full article. Earlier this week EU officials reported that around 150,000 Russia troops were positioned at Ukraine’s border and in Crimea.

Russia’s build-up of troops on the Ukraine border has sparked concern and prompted questions regarding its intensions.

The Russian defense minister has now announced troops will be pulled back beginning tomorrow, with the move set to be completed by May. https://t.co/CiQnqkm0i3

President Volodymyr Zelensky of Ukraine warned his citizens on Tuesday that war with Russia may be coming. Russia has built an enormous military presence at the border between the two countries, and tensions are high. https://t.co/OjpWXx2x0k pic.twitter.com/v8E49dNlRN