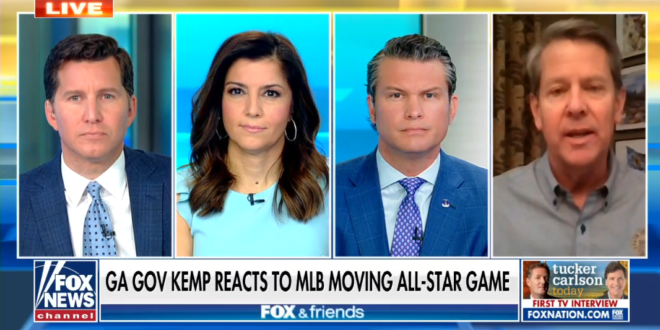 Georgia Gov: We Lost The All-Star Game Over “Big Lie”

Georgia Gov. Brian Kemp on Saturday said the decision to pull the Major League Baseball All-Star Game over objections to changes to his state’s voting laws was a “political play.”

Appearing on “Fox & Friends Weekend,” Kemp said it was “unfortunate” that the league had “caved to cancel culture” and accused President Biden, Georgia activist Stacey Abrams and “a lot of other people” of lying about the election bill he recently signed into law.