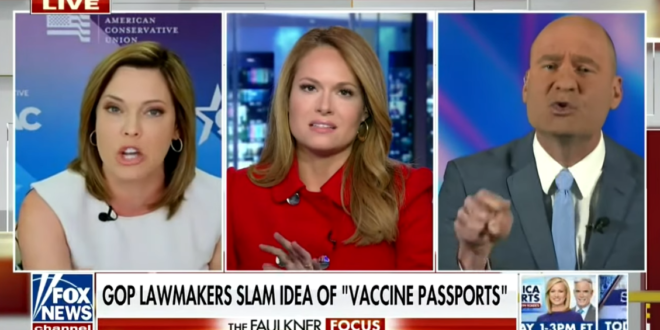 Mercedes Schlapp Melts Down After Fox Guest Calls Her A Lying Grifter: “I Am Not Going To Put Up With This!”

So this just happened on Fox News:

“No you don’t,” Hahn insisted. “You’re a grifter. This is ridiculous.” At that point, Fox News host Gillian Turner instructed her guests to stop “the name calling.”

A Fox News segment flew off the rails when liberal pundit Christopher Hahn went off on Tucker Carlson and conservatives for railing against “vaccine passports,” blasting him as a “conspiracy theorist” and calling fellow guest Mercedes Schlapp a “grifter” https://t.co/GXjMLBLBLN