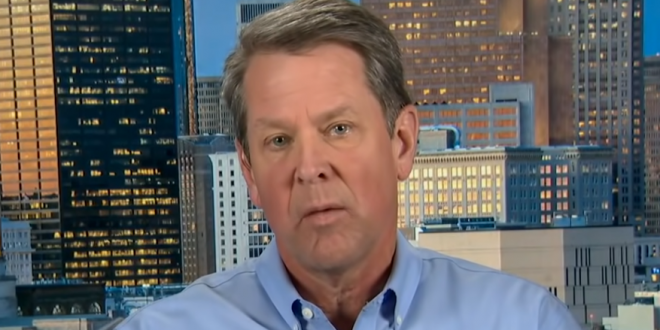 Via press release from the NAACP:

Civil rights groups have filed a new federal lawsuit against Georgia’s sweeping law that makes it much harder for all Georgians to vote, particularly voters of color, new citizens, and religious communities.

The law being challenged is S.B. 202, which was passed by the Georgia House of Representatives and Senate and signed by Gov. Brian Kemp in under seven hours last Thursday. These elected officials’ actions follow the 2020 presidential election and the 2021 runoff elections for two seats to the U.S. Senate that saw record turnout of voters, particularly Black voters, in Georgia.

Breaking: Civil rights groups — including the ACLU, ACLU of Georgia, NAACP Legal Defense and Educational Fund, and Southern Poverty Law Center — have filed a new federal lawsuit against Georgia’s voter restrictions. This is the third major lawsuit against the legislation.

Previous “Zip-Tie Guy” And His Mommy Released Ahead Of Trial
Next Mercedes Schlapp Melts Down After Fox Guest Calls Her A Lying Grifter: “I Am Not Going To Put Up With This!”