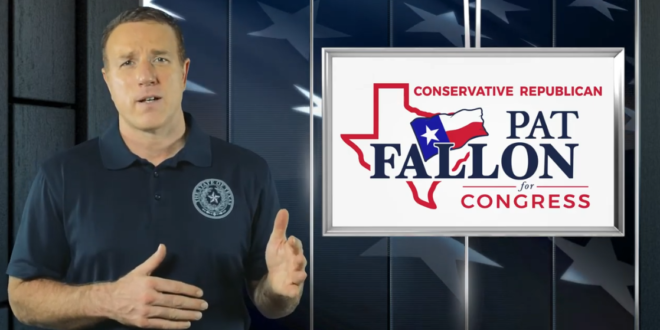 On Wednesday, Rep. Pat Fallon (R-Texas) was making the point that the number of veterans and reservists arrested after the Jan. 6 insurrection was relatively small, when he decided to pose a question to Lecia Brooks, chief of staff of the Southern Poverty Law Center. “Ms. Brooks, just a yes or no question for you: Has your organization named the American Legion as a hate group?” Fallon asked.

Brooks was initially confused. She first looked at documents in front of her and then turned over her left shoulder to consult with someone else before answering that she did not believe that was correct. “OK, I’ve found it and it did,” Fallon continued. “And how about – were you aware that the organization named the VFW, the Veterans of Foreign Wars, as a hate group?”

Read the full article. As you’ll see at the link and in the clip below, Fallon fell for a post on Duffel Blog, which is an Onion-esque military satire site. And as you can see below, Mitch McConnell was duped by the site in 2013, going as far as firing off a letter to the Pentagon. Not incidentally, Fallon, a freshman, was among the GOP House reps who voted to overturn the presidential election.