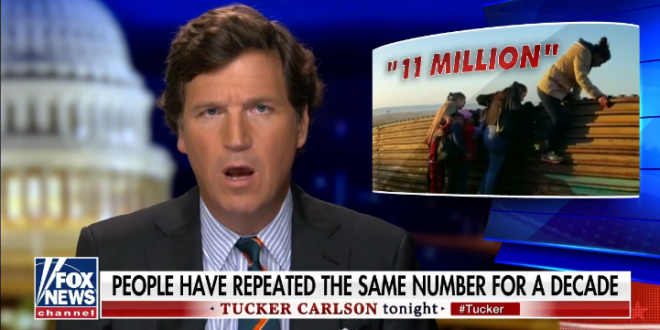 Carlson: Immigrants Will Make US A “Welfare State”

“Now, it doesn’t take an economist to know that giving free quote ‘healthcare’ — which obviously will include gender transition, by the way — to 11 million new people could easily capsize the entire U.S. economy, very easily. As Milton Friedman once wisely noted, you can have a welfare state or you can have open borders, but you cannot have both. Yet, we’re getting both. The point is to import as many Democratic voters as possible.” – Tucker Carlson, last night.