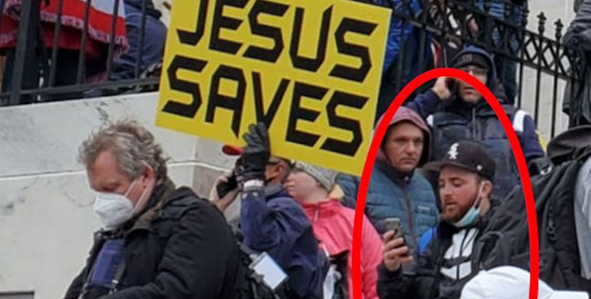 A defendant facing federal charges over the U.S. Capitol siege on Jan. 6 is facing the hard reality that it’s not a good idea to text one’s ex while engaged in dubious and potentially criminal conduct.

Accused pro-Trump rioter Richard Michetti is accused of texting his ex to tell her that she was a “moron” if she couldn’t see that the 2020 election was stolen — which is what Donald Trump himself repeatedly told a crowd before the violence erupted on that day in infamy.

The ex, who is identified in a 10-page Statement of Facts merely as W1, came forward on Jan. 7 and “reported to law enforcement” that Michetti “sent several text messages and two videos” to her while participating in the siege. W1 turned everything — texts and videos — over to the FBI.

‘If You Can’t See the Election Was Stolen You’re A Moron’: Accused Pro-Trump Rioter Charged After Ex Gave Texts to FBIhttps://t.co/UIPEPl57GV

A Capitol rioter texted his ex during the insurrection to call her a “moron,” feds say. She turned him in. https://t.co/VkboVTAX4E

According to court documents, Richard Michetti’s former romantic partner went to law enforcement the day after the insurrection and reported that Michetti sent her text messages and two videos from the siege. https://t.co/hqINLPz5Pa