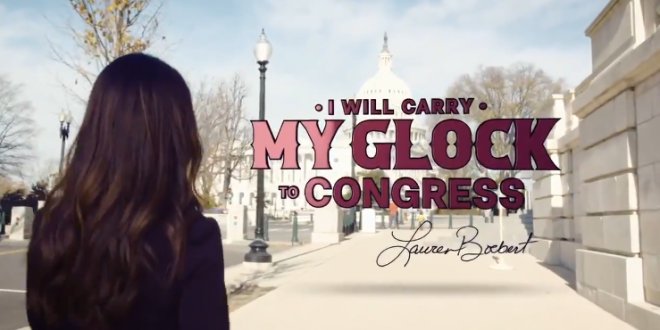 A spokesman for Boebert said she was not carrying the gun throughout the video shoot, despite the opening scene. D.C. gun laws do not recognize concealed-carry licenses from other states, and nonresidents must register firearms with D.C. police.

A 1967 regulation exempts members of Congress from a federal law banning firearms on the Capitol grounds. “Congresswoman Boebert is a fierce advocate for the Second Amendment, as such will comply with all applicable firearm laws and regulations,” spokesman Ben Goldey said.

Asked about the ad on Monday, acting D.C. police chief Robert J. Contee III said Boebert would have to follow applicable laws if she wanted to carry a firearm on city streets, and would be subjected to the same penalties as anyone else if she does not.

The clip has over 4 million views.

Let me tell you why I WILL carry my Glock to Congress.

Government does NOT get to tell me or my constituents how we are allowed to keep our families safe.

I promise to always stand strong for our 2nd Amendment rights.https://t.co/E75tYpdN4B pic.twitter.com/qg7QGenrNo

Previous CHATTER AWAY: Overnight Open Thread
Next Pharmacist Who Wrecked Vaccines Is A Conspiracy Nut