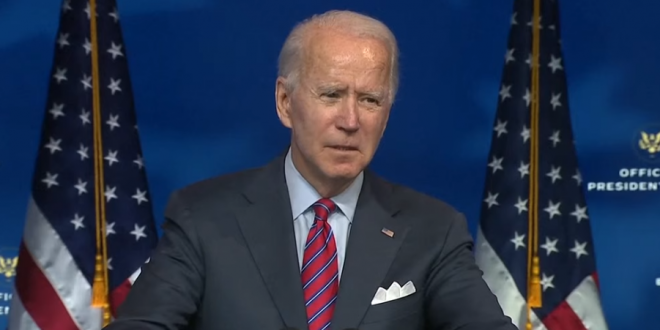 President Donald Trump may soon be able to boast about the relative size of his inauguration crowd, albeit on a technicality, after President-elect Joe Biden said Friday his swearing-in will likely be a scaled-down affair due to the ongoing pandemic.

Biden sketched out his plans for Jan. 20, saying they are likely to mirror the 2020 Democratic National Convention, which was conducted almost entirely remotely, rather than have participants descend on one central location.

The president-elect said his staff will consult with public health experts as they formulate their plans for Inauguration Day, but acknowledged “it is highly unlikely” throngs of people will be encouraged to amass on the National Mall like in the past.