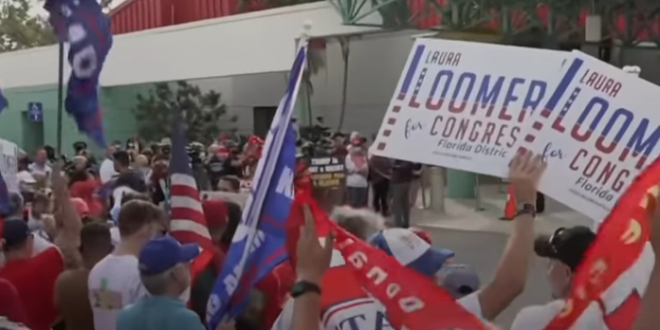 From an op-ed in the South Florida Sun-Sentinel:

I didn’t sign up to be threatened, harassed, taunted, harangued and even physically assaulted. But I got all of this, and more. Trump supporters treated the outside of my polling place in West Boca Raton like a college football tailgate party. There were overflowing coolers; cardboard cutouts of Trump and his wife for the time being; gigantic pick-up trucks over-adorned with Trump, MAGA, KAG and QAnon flags; and a palpable combination of anger, stupidity and revelry.

Trump’s faithful followers blocked access in and out of our polling place with their vehicles, interfered with traffic by standing in the streets and waiving flags, and directly interfered with voters in the precinct by blasting the train horns from their jacked-up trucks directly into the polling place where voters were voting. These self-styled patriots verbally harassed voters and poll workers, and even chanted the “n-word” at our precinct supervisor, a Black woman.

The op-ed goes on to allege assault on a coworker and being “coughed at and spit upon by mask-refusers.” Read the entire thing. Wow.