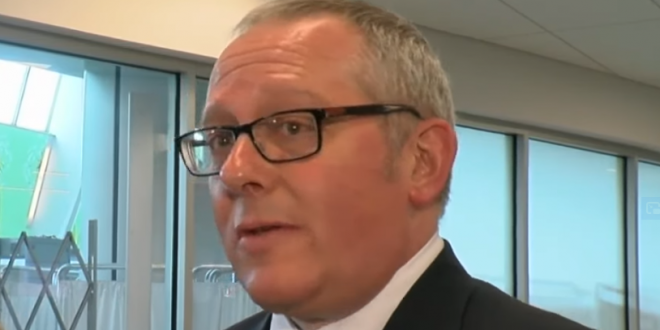 Michael R. Caputo, the East Aurora political consultant at the center of controversy over the Trump administration’s Covid-19 messaging, has been diagnosed with cancer.

Assemblyman David J. DiPietro, R-East Aurora, acting as Caputo’s spokesman, said Thursday that the HHS spokesman on leave from his assistant secretary post has “squamous cell carcinoma, a metastatic head and neck cancer which originated in his throat.”

“He is now home in Western New York, resting in the loving arms of his family, under the watchful eye of Jesus Christ,” DiPietro said in a written statement.

Caputo claims a COVID task force doctor noticed a lump on his neck and that Trump himself directed his admission at the National Cancer Institute. Caputo is already on a 60-day leave of absence after posting a Facebook video in which he claimed that “deep state” operatives at the CDC are plotting to kill him.